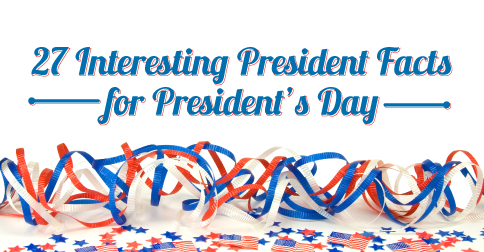 Make it a point to sit down together for dinner this week and get the conversation going with these interesting facts for President’s Day. Also, play a little game and see who can name the most presidents. Winner gets the first piece of dessert!